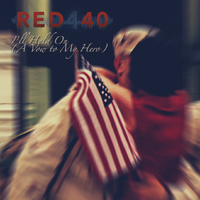 The 10th week of a 10 week promo campain has consistently shown more spins at more college radio stations.  Here is a recap of what PlanetaryGroup promotion has done:

- an increase to Medium rotation to 28 stations (vs 24 for the previous week);

- an increase to Low rotation to 39 stations (vs 36 for the previous week);

- an increase to Added rotation to 72 stations (vs 69 for the previous week);

- 5 stations stlll have our CD in the mail room;

Although the collage radio promotion campaign is completed, we are confident that the increasing number of spins over the coming weeks and months will continue.  If you like hearing Red440 on your local collage radio station, please let them know:-)

Week 7 of a 10 week promotion by Rive Video promotion, for the song"Center of the World", has been shown in the following places:

The video was picked up by the Pulse TV Network! Pulse TV network is a retail outlet that services various Car Dealerships, restaurants, and several other retail outlets. The video was also picked back up by Video Hits in the upstate New York Area.

Overall we’ve got the video in 83 outlets to date. We’ve confirmed that it was accepted for broadcast TV airplay on VH1 India [National Broadcast Cable & Satellite] & at the Screenplay retail pool that will be programming the video in numerous retail & hospitality outlets very soon.

You can see "Center of the World" on numerous web streaming site.  Here are a few to check out: NME -

Where to purchase Red440 music:

We are on iTunes, Rhapsody, Spotify, CD Baby, and many more.

Also see us on these music sites and blogs: <to be announced>